There is a lot of conversation around card parallels these days, with products like Prizm and Select absolutely blowing up in terms of the number of different “same card tweaked design” entries that make their way to the checklists. Topps is a little guilty of this too as we see new “mini diamond” and “lava refractor” versions of cards making their way to products.

And like all things cards, some love it, some hate it, and we will never come to an agreement. Which is fine, because that’s not the point of this post (perhaps someday).

But today, we are indeed focusing on Topps, and we are talking parallels, but we are focusing on one specific parallel, and one specific player, from a time where it was basically the only parallel in existence.

What is Topps Tiffany?

Tiffany was a parallel set released by Topps which featured cards on glossy, higher-quality cardstock. These parallels were exclusively available as factory sets and printed in limited quality, beginning in 1984 and ending in 1991.

If you’ve never held a Topps Tiffany card in-hand and are curious as to what it would feel and look like, it’s similar to Topps Traded cards printed during the same time.

So, you can imagine the confusion when you have a Topps Traded Tiffany card that is very hard to distinguish from the regular base traded version unless you know what you’re looking for. (Here is a guide from Beckett on how to tell the two apart.)

Given the Tiffany closely lines up with early career of one of the most prolific home run hitters of all time, Barry Bonds – including his rookie card, of course – let’s take a look at each of them, from 1986-1991.

Barry Bonds was a rookie in 1986, and thus his first Topps release came in 1986 (card #11T), and because of the fact that it was his first card, many label it his rookie, which by card (and Beckett) standards would be incorrect. The card is actually an XRC, or “extended rookie card” because it’s from an “extended” or traded/update set. Other notable 1986 XRCs include Jose Canseco, Will Clark, and Bo Jackson. 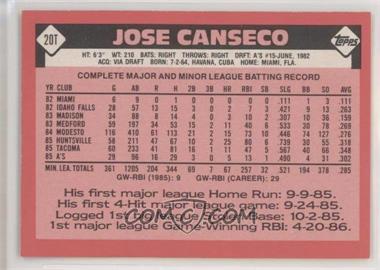 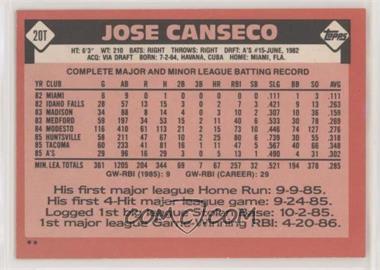 From a “high” of the iconic woodgrain design – something that hadn’t been seen since 1962 – to the “low” of probably being one of the most produced set of all time thanks to it being the catalyst of the junk wax era, the 1987 set is one that many people know and talk about. 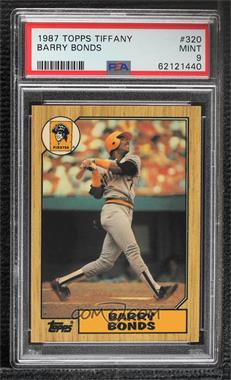 For Tiffany in particular, according to BaseballCardPedia, there were approximately 30,000 Tiffany sets produced. Like the previous year, other big names include Bo Jackson and Will Clark, but also now includes the RC of Mark McGwire.

Even if not coming right after the iconic 1987 design, 1988 Topps is thought of to be one of the more “boring” Topps sets of all time. No key rookies, and a design that is literally a player photo, a team name, and a banner for the player name.

And again, there is baseball life and there is card life. When I say “key” rookies, I’m referring to card life, as in not many cards that will fetch a nice price (which is also due to overproduction), but in baseball life, 1988 was the RC year for Tom Glavine and a handful of others who probably deserved a better hobby fate.

Bonds’ regular issue Tiffany card is #450, and the TL card with Bobby Bonilla is card #231. 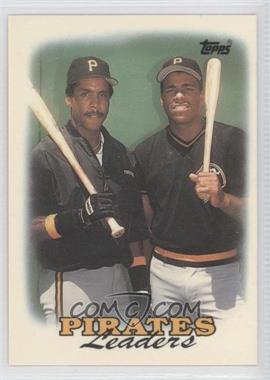 Anyway, because of the design, you might want to opt for a non-base option like the Team Leaders card shown above.

BaseballCardPedia has a note that Tiffany cards has mentioned sets with serial numbers as high as 29,000 have surfaced.

Topps got back into the swing of things with 1989 and, in my opinion, an upgraded design. It’s also always good to see Barry with a bat in his hand, albeit posed, instead of the candid laughing shot from 1988. Unlike 1988, though, Bonds is only featured with one base card (#620). 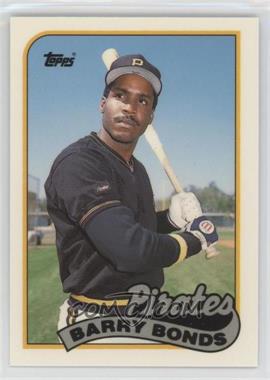 While Ken Griffey Jr. is only found in the 1989 Traded set, the base Topps checklist does include rookies of Randy Johnson, Gary Sheffield, and others.

1990 is the first time in quite a while that Topps took a different direction with the color scheme, choosing to include brighter and more colorful borders especially when compared to most of the 80s sets. 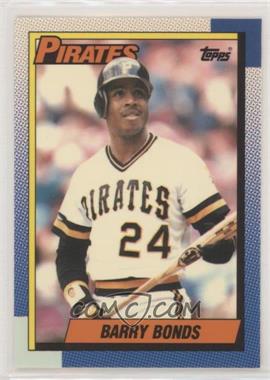 It is said that with 1991 Topps, there is an estimated 4 to 5 million copies of each card! This is staggering considering 1991 Topps Tiffany is thought of to be the most scarce, with only about 4,000 sets. 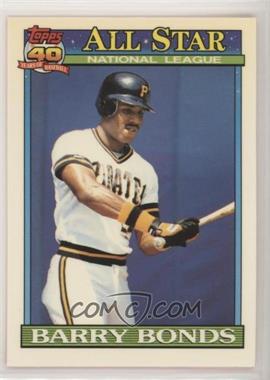 Barry Bonds is widely considered one of the greatest baseball players of all time, right? Of course, the title doesn’t come with its fair share of debate, but that’s for another time. Either way, you […]

With Aaron Judge just crushing his 62nd home run, there has been a ton of talk lately around baseball, home runs, records, and of course, Barry Bonds. While I’m not here to debate whether or […]