Up until now, you might have taken the back of a baseball card for granted, but believe it or not, there is a lot of key information on the flipside. From being able to identify the card set, year printed, type of card parallel, whether or not it’s a short print and more, numbers on the back of cards can tell you things you might not be able to distinguish without them.

In total, the main numbers on the back of a card include the card number in relation to the entire set, the year of the card set, and the player’s stats.

Additional numbers might include the serial number, number of total cards in the set, and more.

Card Number of the Set

The main number on the back of a baseball card usually refers to that card’s number in a particular set. In the example below, the card number 325 (top right) is saying that this Max Scherzer is card number 325 in the 2021 Topps Series One set.

This number is particularly useful for collectors who are referring to a checklist to complete their sets. For instance, if they know they are missing card number 325, the set checklist will tell them that the missing card is #325 in the set.

The number is also useful when trying to identify a particular card. For instance, sometimes even the most seasoned collector has difficulty figuring out which particular set their card might be from. So, to research, they can go to say Beckett or eBay, and enter the number and player name in hopes that there is some information out there in a database or a past sale to help them identify this specific card.

Another big number on the back of the card is the year the card was printed, or said differently, the year of that particular card set.

For example, if you look to the bottom of a card, you’ll usually see a small year printed next to the card brand name (Topps, Panini, etc.). Going back to the same example, you can see at the bottom “2021 THE TOPPS COMPANY…” Thus, this is a 2021 Topps baseball card.

All of that said, you might notice that some cards have letters instead of numbers in this regard. For instance, the card number below shows RC-B, which in this case, the “RC” is identifying the “All-Star Rookie Team” set, and the “B” is standing for “bonus.” Just like numbers, these same letter combos might be found in other sets. Or, said differently, there might be other cards with “number” “RC-B” just like there are multiples of card, say, #332, just in different sets.

Letter abbreviations like these are common, with the first few letters of a hyphenated number representing the card set, and the second two letters representing the player name. So for example, “FSA-DA” is the card number for 2014 Topps “Five Star Autographs” (“FSA”) for player Dri Archer (“DA”). In this regard, there is a seemingly endless number of combinations based on set names. 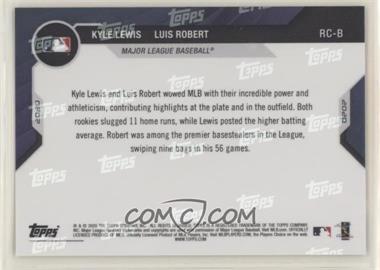 Are numbered cards worth more?

In terms of significance, serial numbered cards tend to carry a premium. Meaning, in most cases, the base version (which doesn’t have a serial number, and is probably printed in great quantities) of this same Max Scherzer card would be less valuable than this version given that there are only 50 in existence.

And, the lower the serial number, the more relative value. Again, in most cases, the “Orange” version of this card is /299, which means this “Mother’s Day” variation is probably more valuable.

Last, the left number might carry additional significance if, in this example:

Maybe one of the lesser-known numbers on the back of the card is the “code” near the bottom in small print. While usually insignficant, this code can help you identify harder-to-spot variations, as is the case with many photo variations.

This is because in most cases of the card doesn’t have any different coloring, refraction, or design that stands out, but the photo itself is completely different than the base version. And, if you’ve never seen the base version and didn’t know there could be a variation, you might easily pass over a valuable card. 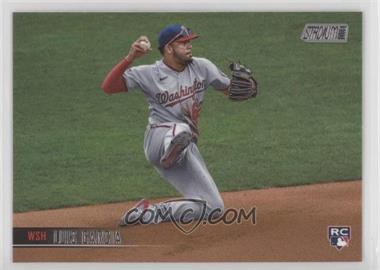 Now with them next to each other, it’s obvious they are completely different cards. But if you’re flipping through a pack, you might not immediately stop and check for a variation. In fact, can you even tell from the photos above which one is a variation? 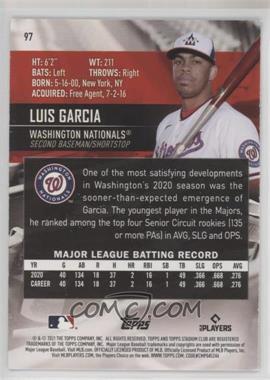 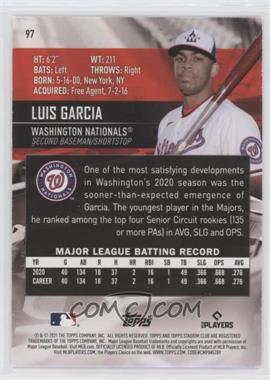 I recently added this code table to another post about short print baseball cards, and think you’d get value out of it here, too.

Now, I say “in most cases” because there are some Topps parallel cards where the stats actually do carry significance, as is the case with their “Advanced Stats” parallels.

Here you can see two Vladimir Guerrero Jr. cards from 2021 Topps. You’ll notice that the main difference between the card backs is the display of stats, with the regular base version on the left showing the traditional stats you’d expect to see on the back of a card, along with the “Advanced Stats” parallel that shows, well, the advanced stats. 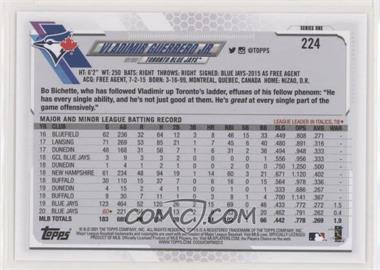 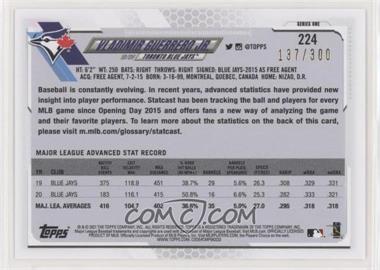 All About Baseball Jersey Cards & Relics

Before diving into jersey relic cards, let’s quickly zip through the evolution of the baseball card. This hobby began with pieces of cardboard featuring simple posed pictures (which can now sell for millions) or action […]