Sometimes you’re in the middle of something for so long that you just accept how things are, and either stop questioning or, you stop explaining in as much detail as you should to newcomers.

This is what crossed my mind when seeing a question about why rookie cards are worth money. Now, not every single rookie card is worth money, (and not every rookie, like this Lebron, is worth millions of dollars) but in many cases, when compared to other “like” cards of a certain player, it’s the rookie card that holds the most value.

Are Base Rookies Worth Anything?

What Is Ace Worth in Blackjack?

The answer is, sometimes base rookies are worth something, and other times they aren’t. The question is far too general with a number of variables that can sway thing one direction or the other. From the player to scarcity to condition, all of things are impactful determinants of value.

Why Rookies Are Worth Money

As to the reasons why rookie cards in particular are generally worth more, they might be obvious to some, but not so clear to others. Just like answering what makes any card valuable, some of those reasons why might actually be open to some debate when you really sit down and think about them, which will be mentioned below as well.

The first issue of anything usually holds more value over its proceeding releases. Think of books, art, music, and even NFTs. Even when looking at cards released in the same year, it’s usually the first that will be more valuable. The most apparent example of this is when you compare true rookie cards to “rookie debut” cards that were released after. 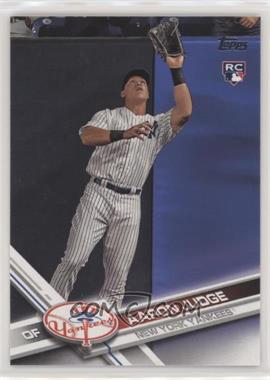 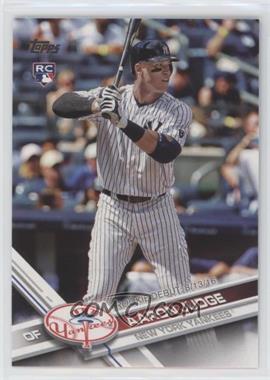 This point is actually on display in multiple instances. One, when a touted prospect is up and coming, the rookie card release is an anticipated event. Once that RC becomes available, people flock to it because it’s the only major release from that player. (I understand that Bowman 1sts dilutes this a bit, but comparing true rookie cards and Bowman 1st cards is another discussion altogether.)

Then, two, over time, as that player gets more and more established, and has, say, a great career down the road, while all cards might rise in value, it’s the rookie card that generally holds the highest.

Now, there are probably plenty of instances where, for example, a Hall of Famer or solid major leaguer doesn’t really have a card of great value released during his playing days, but does have sought-after cards that arrive post-retirement.

You see this a lot with players who came up in what is known as the junk wax era, and may have had a rookie in 1991 Upper Deck, which doesn’t have much value at all compared to any of the many autographed cards of theirs they have signed and had released more recently.

For instance, look at Jim Thome below, where is 1991 Upper Deck RC is available for $.75, while his lowest available autographed card is around $50. 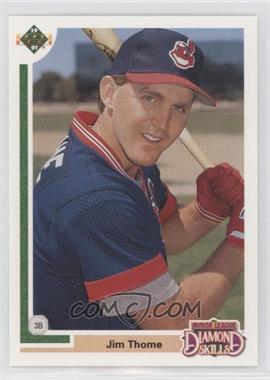 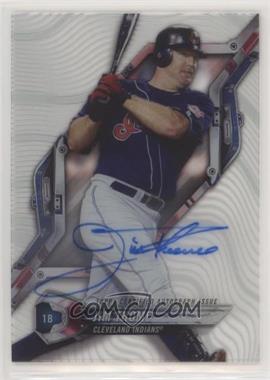 It’s also interesting to think about the corner cases where a player is talked to about for what seems like years, has a number of cards already printed, makes his debut for most of a season, and still doesn’t have a true rookie card released until months down the road (think Kelenic and Franco).

Not a new concept to wrap your head around, but when it comes to determining the value of baseball cards and other items, the rarer it is the better chance that the value holds and/or increases when compared to other cards.

Again, this reason applies to different eras and players more than others. For instance, vintage rookies are rare, and especially rare in good condition. So, yes, that 1954 Hank Aaron is valuable because it is one of the first issues of one of the greatest to ever play the game…but you’d also have to expect that 1954 to be rarer than Hank’s 1975 Topps card, too.

This reason of rarity also comes when comparing rookie cards of different players. For instance, Mike Trout’s rookie card is rarer than rookies of today’s game. So, while someone like Fernando Tatis might go on to have a better career than Mike Trout (hypothetically), the fact that Tatis has so many more cards than Trout might lead to Trout’s RC having a lot more value in the long run. I also chose Tatis here specifically, because it’s for this same reason of rarity that Tatis’ 1st Bowman card trumps the value of his true Topps RC.

This falls more into the category of tradition, or, it’s always been this way, so why not continue? Meaning, even hobby newcomers gravitate toward rookie cards because that’s where the chatter is directed. It’s hard to join in on buying and selling cards and not be bombarded with rookie card talk.

Now, people are talking about rookie cards so much because they are valuable, so chicken and the egg situation aside, it’s that belief in the value that keeps them at the forefront, and round and round we go.

But my main point in bringing this up, is, why don’t other types of cards get more love? You’re starting to see a little bit of it, where second-year cards hold some value depending on the situation, or perhaps the “first-year Prizm” if you want to venture into basketball cards a bit. We are even seeing cards where players are pictured with another great, say Kobe and Jordan, hold value. All fun stuff in my opinion.

But what about cards from a player’s best year or MVP season? What about minor league cards, or not just rookie cards but the very first card printed to ever feature a certain player?

All in all, rookie cards form a big piece of the hobby’s foundation, with the reasons why they are (or aren’t) valuable usually being a result of one or any combination of the above.

Listen, I’ll be honest with this one—I had no idea this card was a thing up until 20 minutes ago. But it was then that I realized it’s also not very easy to find some […]

Definition A 1st Bowman chrome card is a player’s “first” professional card, along with the 1st Bowman paper card. The chrome version is arguably one of the most desirable “base” baseball cards a player can […]